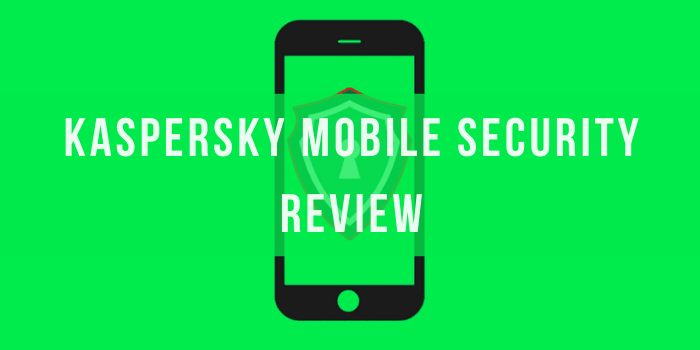 Having a smartphone is so common nowadays because of its endless benefits. As per the Statista’s research, currently, more than 3.5 billion users are using smartphones for various purposes. Increasing demand for smartphones also gained the target of hackers and shift towards PC to smartphones. As a result, the number of cybercrimes on smartphones increased dramatically in a short period. To deal with this situation, many antivirus industries come to fight against cyberattacks. Kaspersky is one of the names that built one of the strongest mobile protection in an affordable budget. In this Kaspersky Mobile Antivirus Review, we will find out all the pros and cons of this internet security tool. Also, we discuss, what features make Kaspersky Mobile Antivirus popular among people and why it’s worth money? 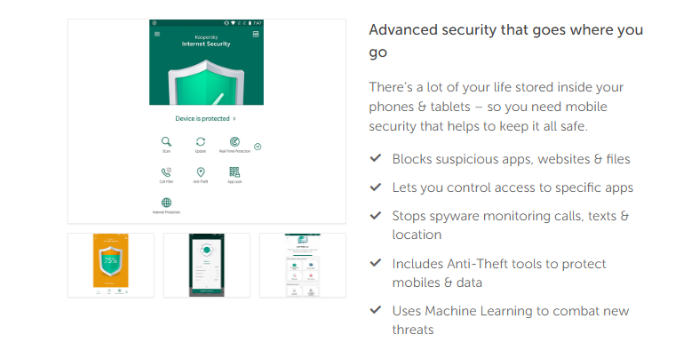 Here is more information about the pricing of Kaspersky Internet Security both plans.

This plan of Kaspersky mobile antivirus is completely free for the users and available at the Google Playstore. You can easily download and install the application from there without worrying about any cost. 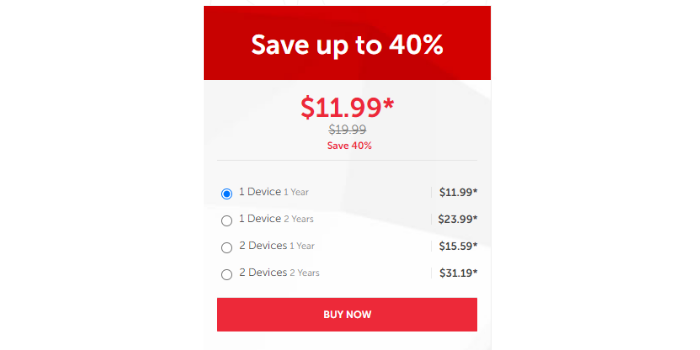 When you look carefully at the cost of internet security for android that offer by the Kaspersky Lab. You will find that it is currently one of the most economic deal that is available for the users at a low cost. Where other smartphone protection companies charges at least $20 per year to offer security. Kaspersky only charges $11.99 with a great discount of 40% off that unlikely to see anywhere else.

Kaspersky Mobile Antivirus is also known as Kaspersky Internet Security for Android that protects your phones and tablets from online attackers. With the help of this software, your device gets advanced security, you will be safe on the internet from all cyberattacks. Also, it maintains your privacy and hides your true identity from other intruders to breach your security.

Kaspersky internet security offers some great security features to the users which makes it one of the best internet protection software for smartphones. Here are some of the best features offered by Kaspersky Mobile Antivirus.

Into different types of hacking applications, there are some apps that also exist that not harm your device but grant access of your device to the attacker. With such applications, attackers can track all your activity and could steal all your login credentials. Also, an identity theft attack could be easily performed with this type of attack. Kaspersky Mobile Antivirus gives you full control over all installed apps on your device and keeps an eye on each of the activities.

Kaspersky Internet Security also offers an anti-theft tool feature to the users that protect your smartphone and data from hackers. Currently only few of the companies are offering such beneficial features to the users at a low rate.

Where some other mobile antivirus programs use the same old protection method Kaspersky Lab has something new. Kaspersky Internet Security for Android works with the latest machine learning feature that is capable to deal with any new cyber threats. This machine-learning program always upgrades its plan and protect your device from all upcoming online attacks.

Spywares are one of the most dangerous cyberattacks which could destroy someone’s life within seconds. Basically, Spyware’s main work is to keep an eye on the victim’s messages, calls, locations, and store files. Whatever you are doing is monitoring by the attackers. As a result, an attacker could listen to your private calls, look over your private images and videos, and spread them over the internet. Kaspersky Mobile Antivirus blocks spyware to monitoring your texts, calls, and location and maintains your privacy.

Many of us become a victim of device stolen once in a life and sometimes it could be very dangerous. Because our device contains some very private and useful data which must not be shared with anyone else. But after losing the device, your data become vulnerable and could be spread easily. Kaspersky Internet Security for Android gives the data protection feature that helps you when you device is lost or stolen.

Where many antivirus companies are making a high designed user interface which is good for the experts but not for the beginners. Kaspersky Lab has designed the mobile antivirus security with a simple mechanism so any user can use it without facing a problem. You get a simple, easy to use, and fully functional dashboard that helps a newcomer to use the application more easily.

When you choose the Kaspersky Mobile Antivirus Security, you also get the automatic scanning feature that helps you in many ways. It scans the whole device to find any infected program or file and remove it if found anyone. This feature is very useful for those users who don’t remember to scan the device on a daily basis. Also, it has a customise scanning feature too that partially scans applications and device storage.

Currently, more than half of the websites over the internet is infected with any type of malicious attacks. The phishing attack is one of the most common cyber attacks that performs with the help of phishing websites. An attacker could steal your bank details, your identity, or your login credentials by using the phishing method. Kaspersky Mobile Antivirus offers the anti-phishing feature to the users. This feature gives protection against phishing sites, and malicious SMS links to maintain the user’s privacy.

Confidentiality is very necessary nowadays because of increasing third party applications and some social network sites which gain full access on your devices. Kaspersky Internet Security for Android locks all your applications, contacts, texts, and more with a secret code that only you know. Now you can hide all your personal data with a single code and prevent cyber attacks.

After looking at all the features, there no doubt that Kaspersky offers the best smartphone protection at a reasonable price. Kaspersky Mobile Security For Android gives all the core and advance features to the users that are necessary today. The feature of Kaspersky Internet Security for Android makes it best choice for the user.

In this Kaspersky Mobile Antivirus Review, we have discussed both major parts pricing and features that are necessary to look before making a purchase. Kaspersky always on the top position to offering the best antivirus protection to the users at affordable rates that unlikely to see anywhere else. If you want to secure your smartphone then Kaspersky Internet Security is worth your money and the best choice. 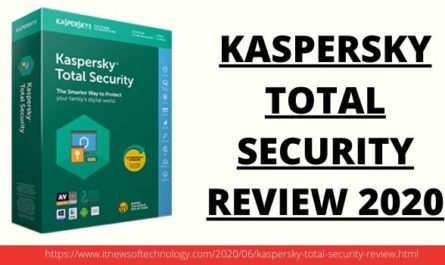 Kaspersky Total Security Review 2020| Is it Worth to Use?